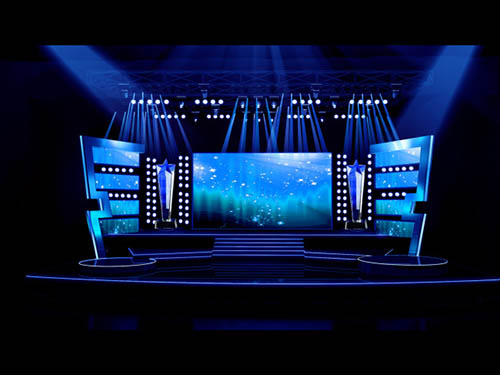 In terms of connection method, it has experienced three times: analog, digital (DMX) and network. In the analog and digital era, the three control systems are basically independent of each other and become self-contained. After entering the network era,the three systems synthesize a large system that strengthen the control functions and facilitates management. (The direction of modern stage lighting control system design is networked digital intelligent dimming.)

At the beginning of the birth of the thyristor illuminator, dimming control is dimmed by changing the resistance of one of the resistors in the trigger circuit. The widely used resistive phase shifting trigger circuit was a typical example. This type of resistance control can be centrally controlled and can only be operated by a single person in the south. It has been improved to become voltage control, making multi-channel centralized control possible. The lighting console sends a control voltage to each dimmer through a multi-core cable to achieve light control. This is the analog connection of the stage withered.

The birth of a computer lighting console and digital dimming cabinet made the digital connection of the stage lighting possible. The desire to remove a large number of control lines is possible.

With the development of drama art and science and technology, stage lighting has become larger and larger in scale and the functions are getting higher and higher, especially the special requirements for lighting control in large squares, artistic performances in stadiums and theme parks.

The computer network industry is a much larger industry than the entertainment industry. There is a strong technical development force, and network technology is widely used in all walks of life around the world. There are also a large number of inexpensive and good equipment available. With the support of powerful and mature computer network technology. Lighting control network has a solid foundation.

The composition of the lighting control network system varies according to different system sizes, functional requirements, and different products, but the basic principles are the same. The main components in the stage lighting control network are of course lighting consoles, digital dimming cabinets, computer lights, color changers and other lighting equipment, just application network technology and some network equipment such as network distributors (usually switches and hubs), Cables, etc. connect them together to form a local area network (LAN).

Since the current dimmers, computer lights and other devices use the DMX protocol, signal conversion between Ethernet and DMX is required in the lighting control network. In order to achieve remote monitoring, it is also necessary to convert the video signal. These are all implemented by "stage nodes" specially developed by the stage lighting equipment manufacturers. Consistently operated by the computer console, the staff only needs to program in front of the console to control the movement of all the lights. The computer light is equipped with one or two single-chip microprocessors (also known as single-chip microcomputers). The single-chip processor is made by integrating the CPU and a small amount of RAM, ROM, and I/O ports on a single piece of silicon. A single microprocessor sends a signal. The micro-stepping motor in the machine is moved by the driving circuit to drive the movement of each color wheel, the pattern piece, the lens and the mirror, thereby generating various color and shape beams and their movement in space. Longdi
Get This APP