Nowadays, the KTV room is not only a place to sing and entertain, but also to release stress and relax, so the elegant environment is particularly important. In modern times, the lighting full of fashion charm plays a very important role. This article provides a detailed explanation of the effect lighting and stage lighting used in pure K. 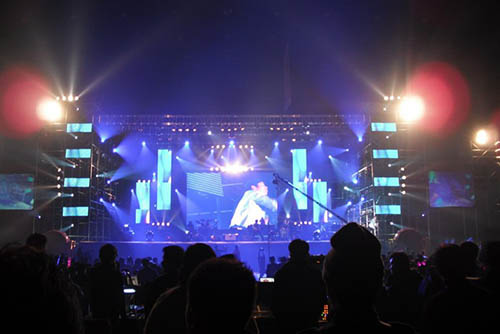 It consists of a glass snowball, a motor, a colorful spotlight, and a high beam white spotlight. Glass snowballs are widely used in karaoke bars and dance halls for lighting effects in the era without LEDs. At that time, the spotlights were added with a color-changing seven-color plate in front of the small rainlights, which produced a starry effect. Now pure K retro + innovation cleverly operates the new LED light source and makes a different taste. More beautiful and distinguished. Light produces shadows that reflect light. The light and shadow effect of nature is arranged by the sun and the moon. Pure K deliberately deflects the spotlights directly on the glass ball, forming the light and shadow effect of the crescent on the wall, and the long-range white spotlight is biased to the other side. , the formation of the "Sun and Moon with the Hui" changes the light and shadow effect.

Pure K's colorful spotlights are also different from traditional spotlights in color programming, which is left to interested friends to go to the scene to ponder.

The pure K strobe is installed in a relatively spacious position in the front of the TV. It is mounted directly on the ground with built-in ceiling mounting, which can reduce the visual stimuli to less. Aluminum alloy fashion shell, 56 super bright 5050LED chip, the industry is known as the bully. The frequency of the strobe light used in the KTV box is not high, and it is generally used in the dynamic mode. The combination of light and music during the hot dance can render the atmosphere.

The barrel-shaped LED moonlight is an innovative product with new LED technology. After the traditional mechanical lamp has been silent for a period of time, it has debuted with a new and improved appearance. Voice-activated automatic mode, single color, mixed color patterns are unpredictable, this LED moonlight has a longer life than traditional halogen lamps. Installed in the first half of the private room, the light spots directly on the ground, together with the sun and moon on the wall to create a colorful and stunning effect. LED moonlights are only used in some pure K, and the newly opened stores are replaced by LED butterfly lights.

Compared with LED moonlights, LED butterfly lights have more powerful light, dynamic rhythm, and variable light rotation mode. Installed at the back of the small stage, with music rhythm changes, creating a dreamlike feeling. Equipped with high-power LED beads imported from the United States and specially designed mechanical devices, it emits a large number of powerful laser-like beams that cover the entire space with amazing effects. Completely replaces the effect of a laser light.

The connection with KTV effect light and lighting controller.

The effect light of pure K and the lighting are connected to the lighting controller provided by the VOD manufacturer, and the different scenes and on and off are controlled by the light control panel or the computer touch screen at the door.

The light control panel is installed at the door, and a light click on the door can open the light scene you need, and each button represents a light mode. Freely control the desired light according to the lighting scenes with different modes preset. The panel has a service call cancel button at the location of the store name LOGO to cancel the service operation. 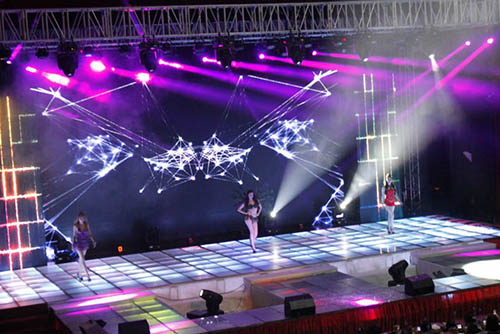 The highlight of pure K is KTV's small stage. Nowadays, it is an era that emphasizes individuality. The face light is especially important. When you stand on the stage, the microphone is automatically turned on and the face light is turned on at the same time,you will feel like a superstar. The surface light is installed in front of the stage, the light is directed to the singer, and the rose light is obtained through the color filter, which is romantic and warm.

Into the "micro-era", young people's mobile phones do not leave, WeChat brush does not stop, the word-of-mouth effect is more prominent, if the facial light is very poor, the photos taken often have a dull face, even focusing will be difficult, only to make a beautiful skin The photos can really capture the pulse of the young consumer group.

Installed on the top of the stage shaker, the directed beam directly illuminates the singer's position. The colorful beams are varied and have a three-dimensional aesthetic, which complements the protagonist on the stage and creates a more brilliant and beautiful stage effect.

The pure K surface light and the colorful star light are independently controlled by the microphone's sensor switch, and connected with the synchronous shaker's synchronous power control box, so that when you get on the stage, the microphone will automatically turn on and the light will turn on at the same time. It’s really a feeling of self-indulgence and singing.

If you do not use the inductive synchronous lighting control of the shaker, and you want to achieve the above effects, you can use the surface light with human body induction, use the infrared pyroelectric principle to sense the human activity information, you can also automatically turn on the surface light, but after leaving The delay is about 20 seconds off.